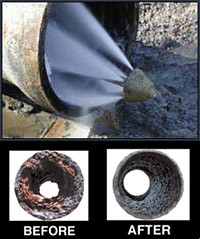 Hydro Jetting is the use of highly pressurized water to remove any debris, grease, dirt, and even tree roots that cause a sewer backup. This process can flush debris in your pipe cleaning up years of layered dirt and gunk that is hard to clean with your ordinary plumbing snakes.

The Hydro Jet is composed of hose, nozzle, and the pressurized machine. The Hydro Jetting process doesn’t involve any extra added chemicals, so it is effective and safe at the same time environmentally friendly.

Our team of expert CSL Sewer cleaners must need to inspect them and locate the area of affected pipes before proceeding to the proper Hydro Jetting Process. They can then assess how much pressure should be applied to the cleanup to flush the debris without damaging the pipe.

Unlike the traditional tools using a plumbing snake, hydro flushing can’t dig holes into a blockage. However, the plumbing snake would take like three times as long as the Hydro Jetting as they cover up a small number of areas scrapping up the same location over and over again. Unlike hydro jetting that can clean out all areas of the pipe at once.

Hydro Jetting a costs efficient method rather than using traditional drilling up the blockage and just cleaning up the obstructions. Imagine removing layers of debris out from your pipeline, it’s just like having a brand new pipe installed. 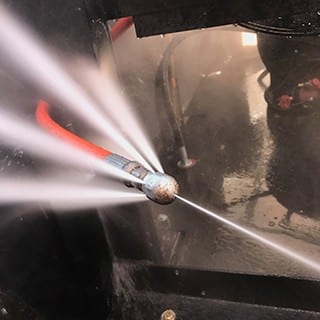 Sewer backups and sewer collapses never happen at a convenient time and we understand the urgency. CSL Sewercleaner is on call 24 / 7 for sewer locating in Edmonton.

Don’t get stuck with a high priced bill! We provide fast, professional and honest service. Call us today and we can give you a quote over the phone, so you know exactly what to expect.


Chris is a former employee of the City of Edmonton / EPCOR drainage department and an expert in sewer locating and sewer repair.

As a team of experts in Hydro jetting and sewer cleaning. We consider not only the efficiency of the work but also the precision of our working materials.
Why using the right temperature is the key to a well executed hydro jetting process?

Yes! Call CSL Sewercleaner for all sewer locating services. If you are experience a sewer backup, a sewer collapse or flooding around the floor drain of your home or commercial building. We offer emergency service around the clock to repair any sewer blockage and get you back to comfort quickly. We service Edmonton, Sherwood Park, St. Albert and surrounding areas.

Can sewer lines be repaired?

Most often, we are able to located the sewer leak or blockage and repair the sewer line. In the event that the sewer line requires replacement, our experts will guide you through that process.

How do I know if I have a sewer collapse?

Frequent toilet back ups, more than one fixture getting clogged, strange plumbing sounds and smells are all indicators of potential sewer line collapse or sewer line problems. Call CSL Sewercleaner today before the problem becomes worse. 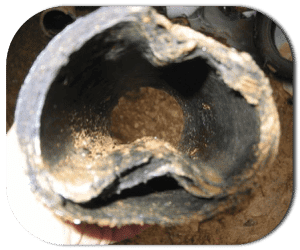 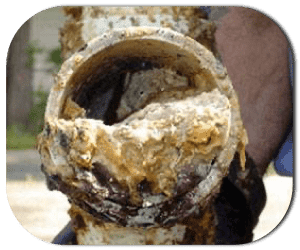 Please Scroll Through Our Client Reviews

call for a free quote now!